Sadly Rozie has now gone to the rainbow bridge. ​R.I.P Rozie Sleep tight.
A lovely update on Rozie. She is an old girl who came into Sukis due to her former owner of 10 years having to go into care. Rozie has previously had cancer and this has resulted in her having a toe amputated. She is slightly arthritic and takes COD liver oil and a turmeric joint supplement. She still enjoys a daily walk although it is very much on her terms now and she chooses the distance she feels like going. She loves her home comforts and the chair she has claimed. She is a good girl and much loved by all the family.
Beautiful Rozie (formally known as Razor) came into rescue as an emergency due to her owners ill health. Rozie who also has health issues will be staying with one of our local Area Managers and her family for the foreseeable where she will hopefully enjoy whatever time she has left with her new doggy friend "Gorgeous Tyson" (Who was also a Suki's Rescue dog).
If you would like to donate towards Rozie's care, please click the button below: 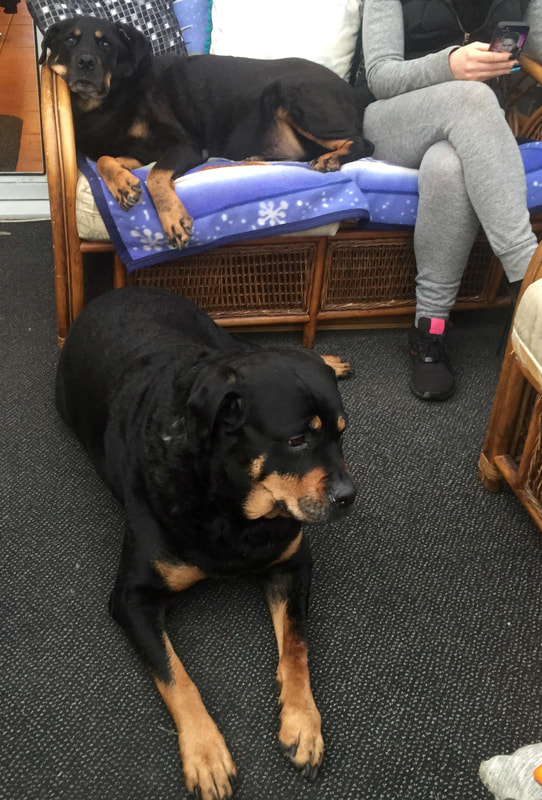 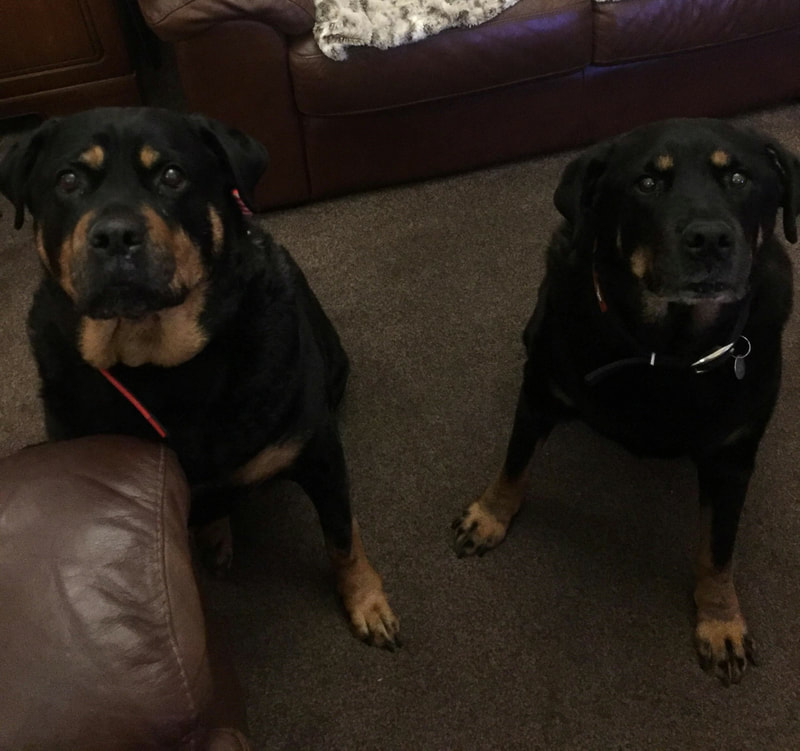 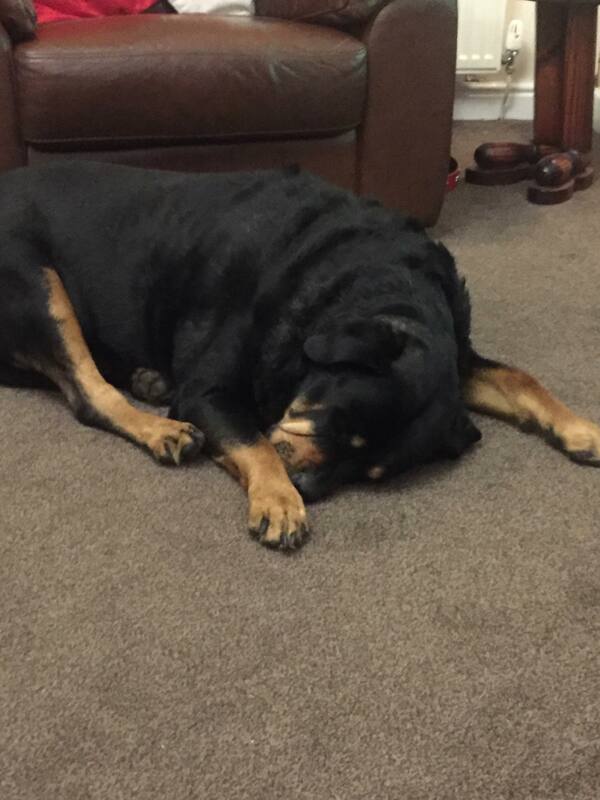 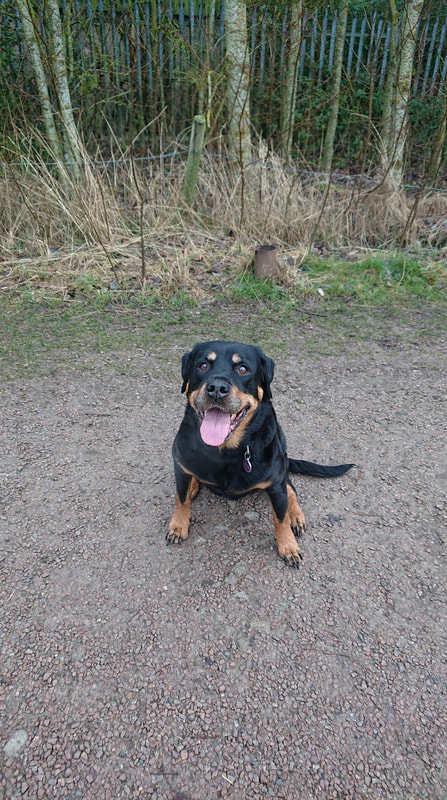 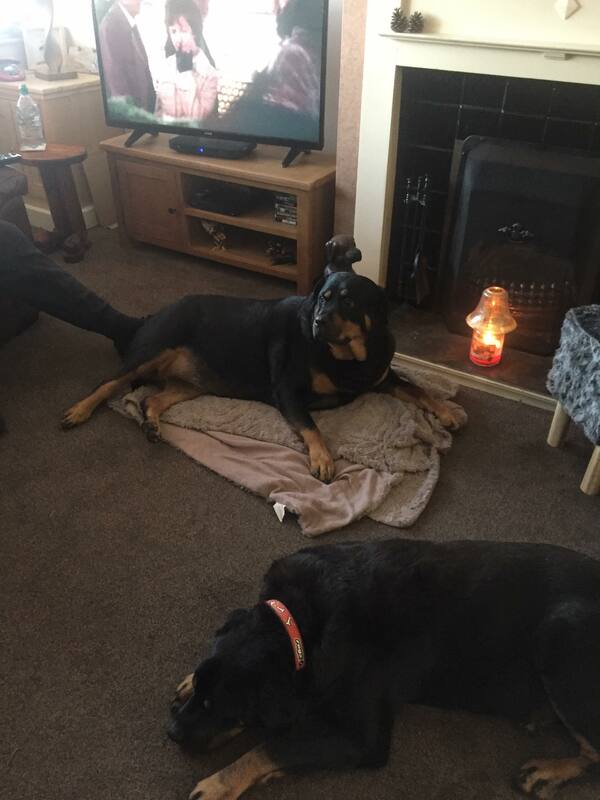 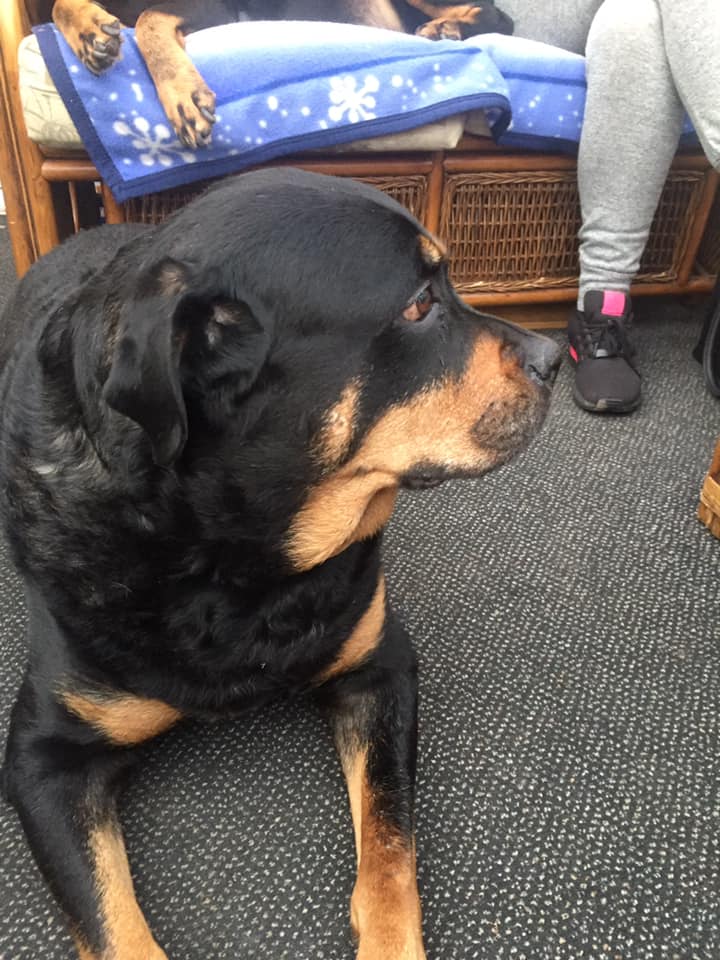 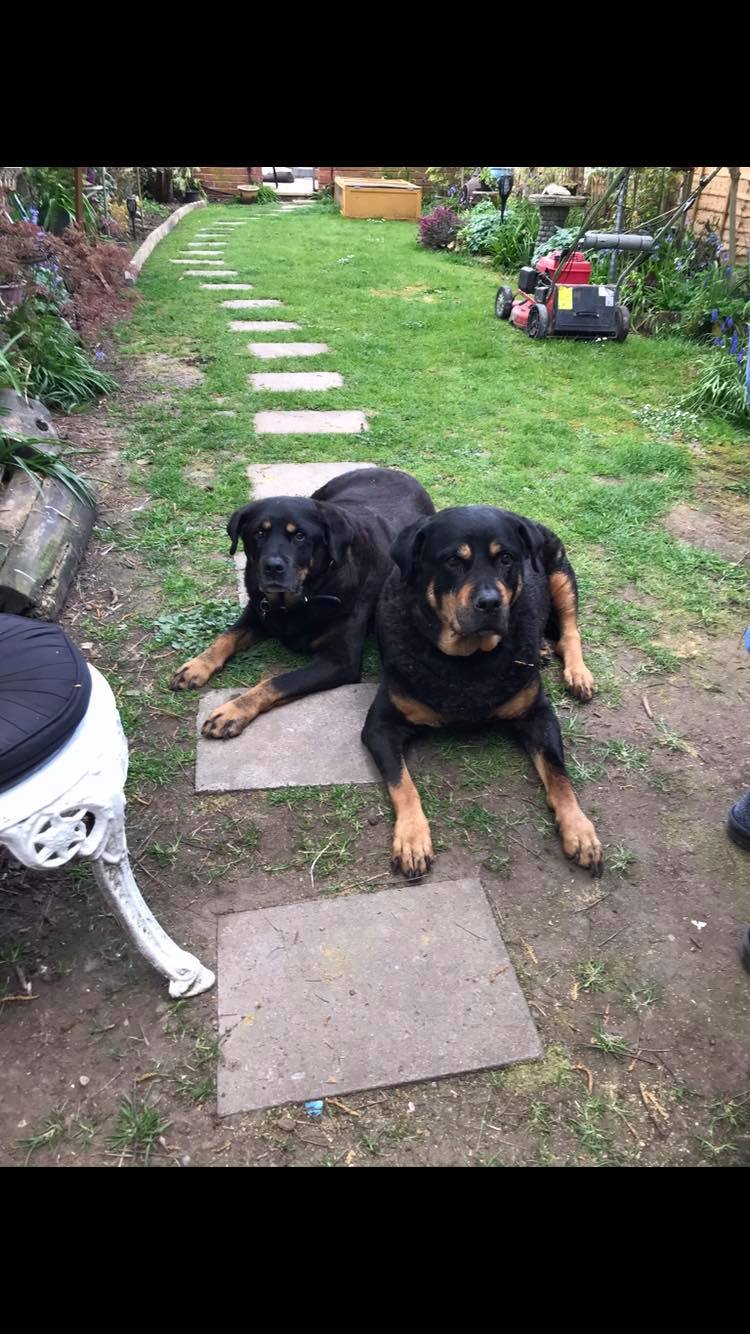 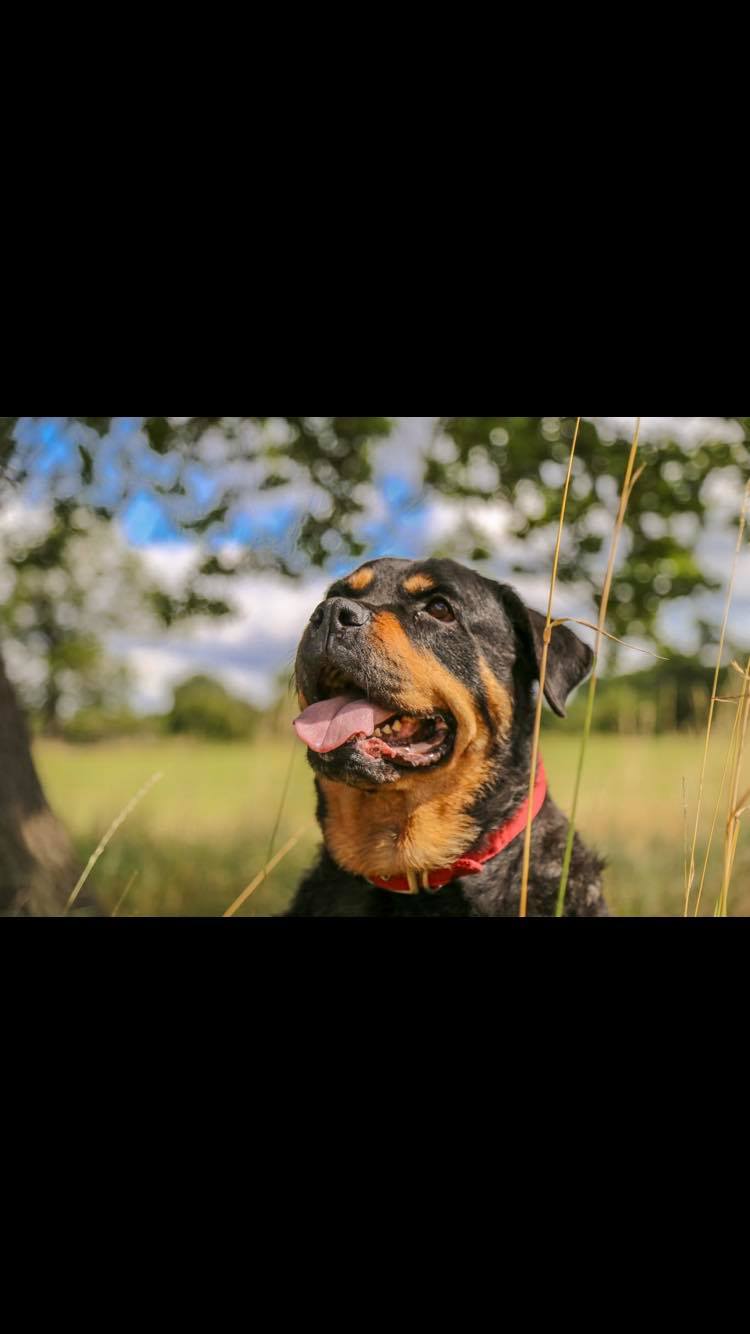 JULY 2020
When I picked Rosie up as a foster, she was an extremely quiet girl - the best description is 'the lights were on but no one was home'. She was just going through the motions rather than living but you could still see she had a sweet nature.
Within 48hours she became my shadow. Despite not knowing her name or any commands other than sit she quickly became accustomed to our routine - waiting eagerly at the front door for her morning walk from the moment I came downstairs to bashing her bowl around the kitchen asking for breakfast straight after we returned!
Unfortunately it was clear early on that Rosie had been neglected. She was c 8kg overweight, walks had to be built up because she'd limp after 5mins, she didn't know her name, she enjoyed a fuss but was also nervous of it, she was ungroomed, she was unsure of other dogs and how to interact despite having lived with one previously and she had the worst breath. When she showed signs of struggling to chew she was booked in to see the vet. They confirmed she required dental work but whilst giving her a thorough clean they noticed a tumour- too large to be removed and following tests, also confirmed to be cancer.
She was still in foster at the time and although I'd recently lost a dog to cancer, I knew I could give her a loving, stable home to see out her days.
Almost 2 years after diagnosis she is still going strong and has recently had surgery to repair a cruciate ligament! She loves her walks (1.5 hours a day still on a good day), has lots of doggy friends, will look at any passerby for a fuss and demolishes her food (providing it's scattered with a bit of chicken)!
She has quite a cheeky personality now; occasionally she'll use her voice but to get your attention she'll most likely headbutt your bum/leg or paw at you to get up!
I'm not sure who rescued who but I definitely got lucky when Rosie came into my life. She maybe a forever foster but as far as I'm concerned she's my beautiful girl.
This is gorgeous Rosie and I think it's fair to say she has well and truly settled into her forever foster home with one of our volunteers.  Rosie is a poorly girl although if you met her you wouldn't know it. She hasn't had a good past  which makes it so rewarding to see her being the dog she should have always been allowed to be.
If you would like to donate towards Rosie's care, you can do so via the button below:
DONATE HERE FOR ROSIE 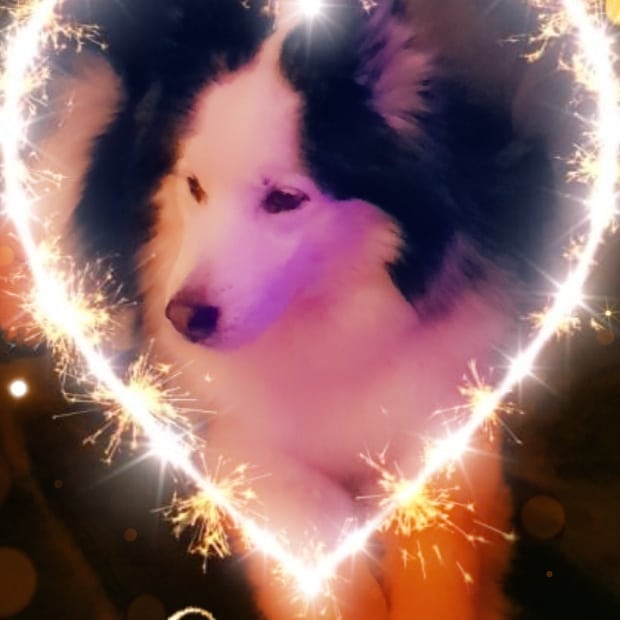 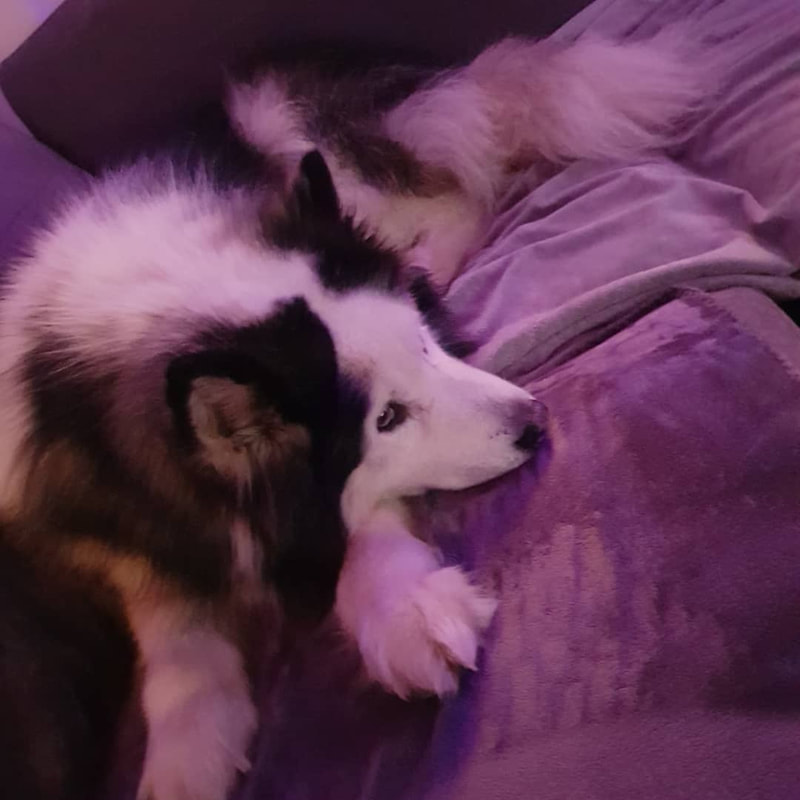 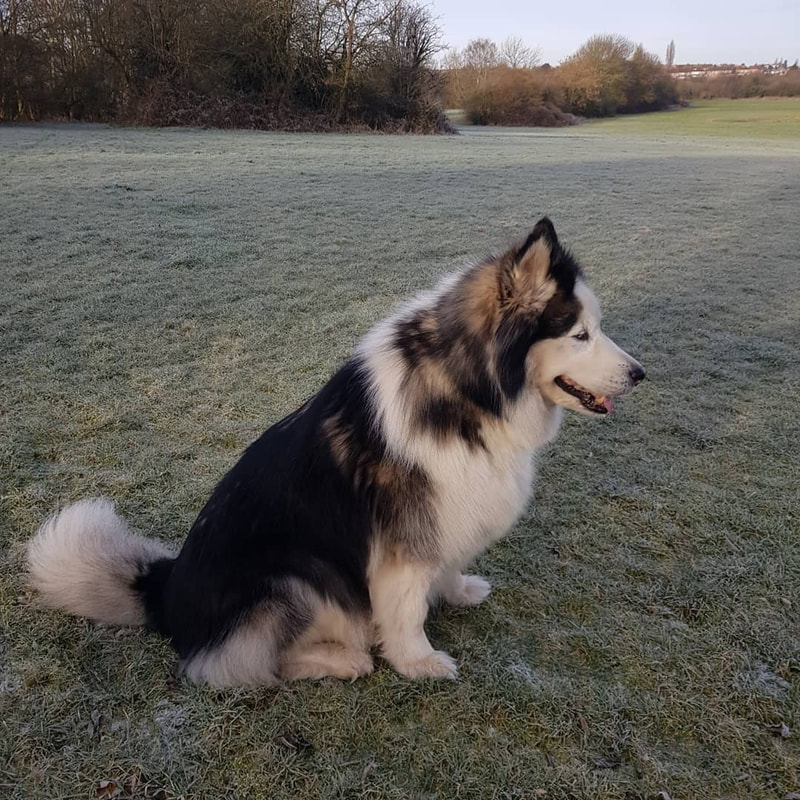 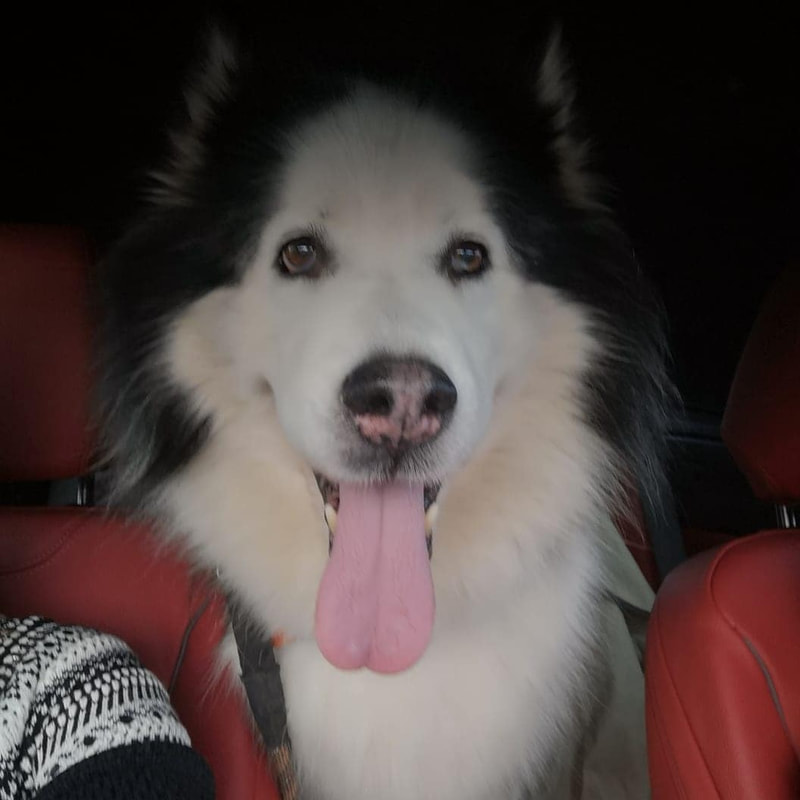 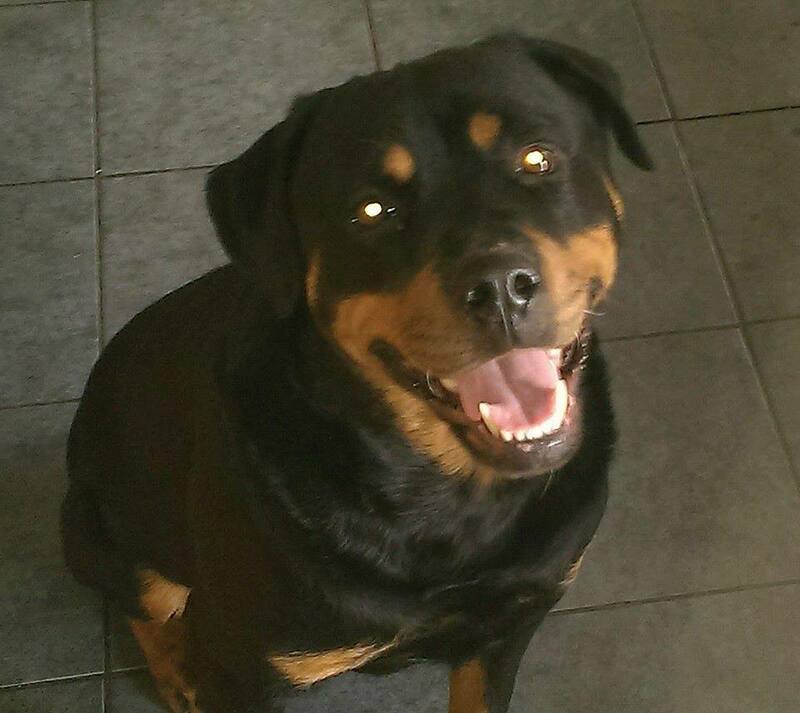 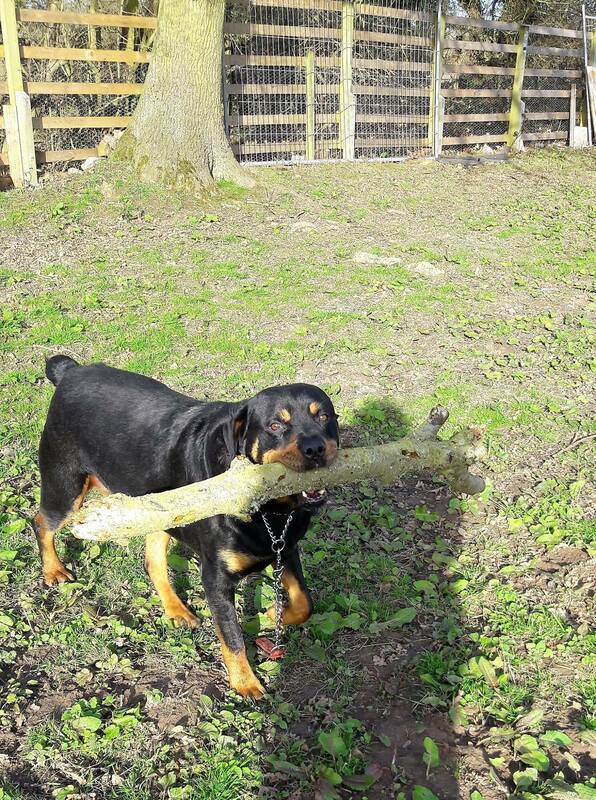 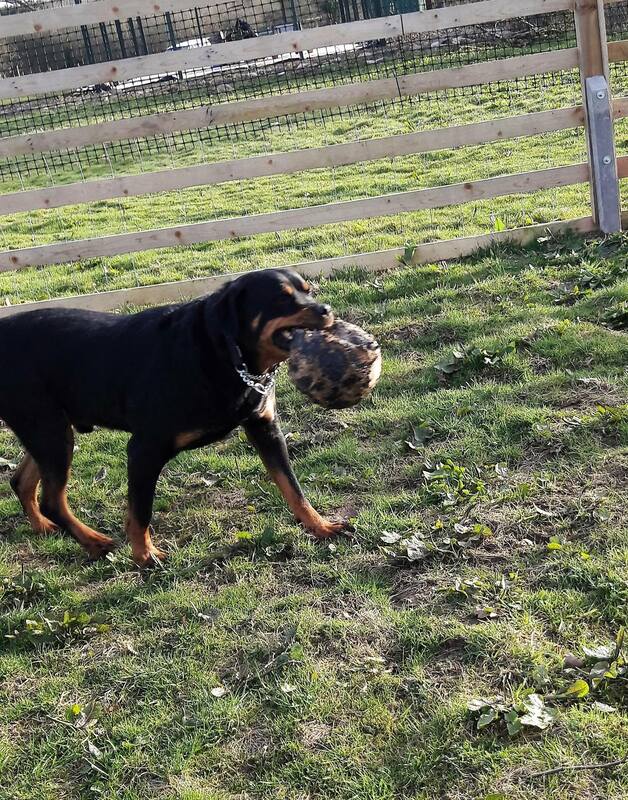 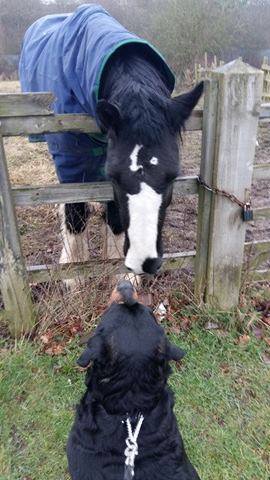 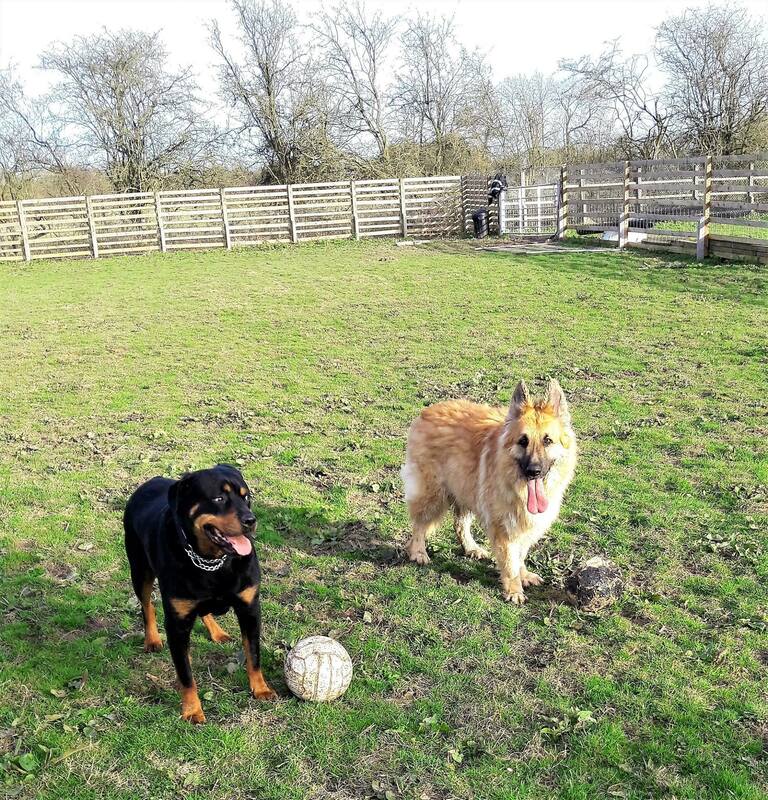 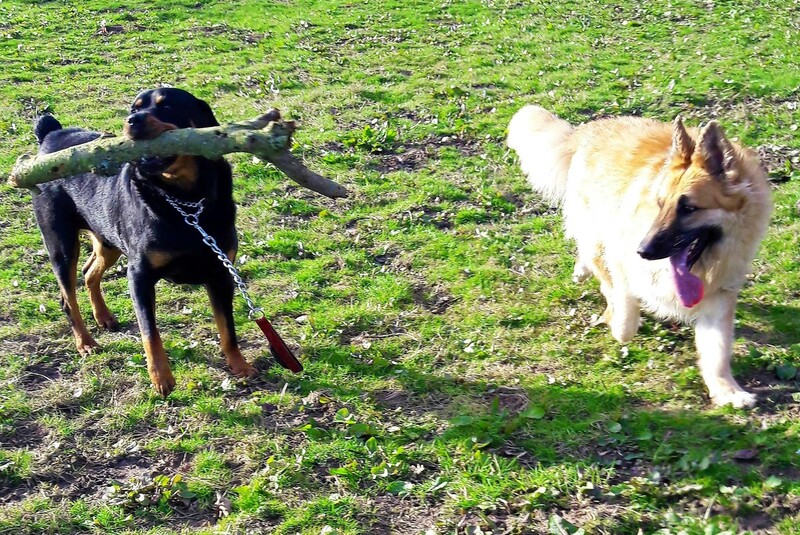 June 2020
The gorgeous Alfie has settled in wonderfully with his forver foster family and is settled and enjoys lots of snuggles!!
Beautiful Alfie will be staying in permanent foster for the foreseeable future.
If you would like to donate to Alfie's care, please click the button below:
DONATE HERE FOR ALFIE 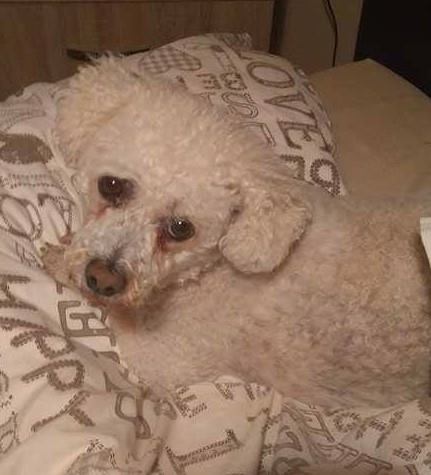 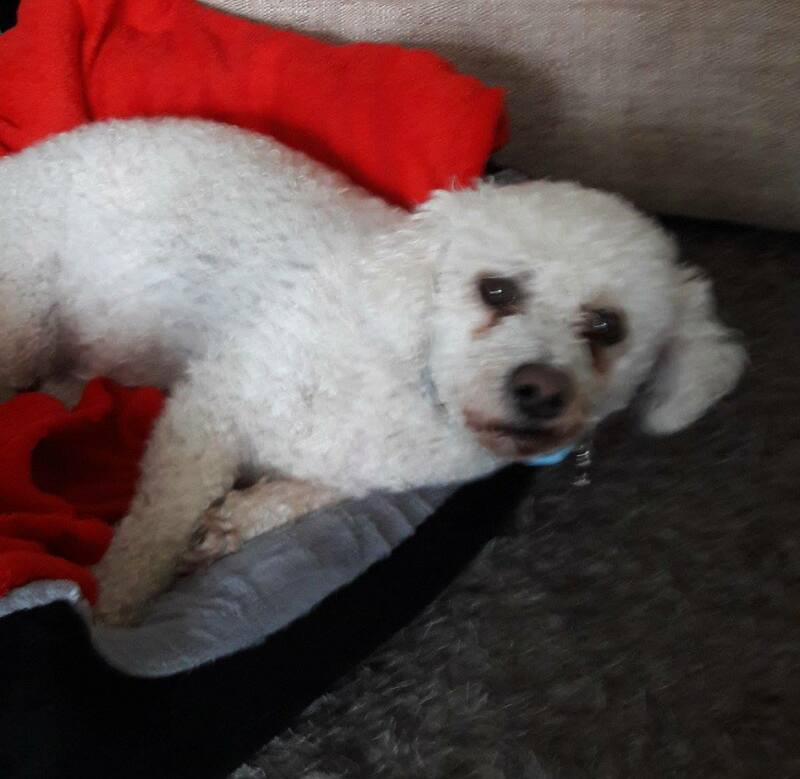 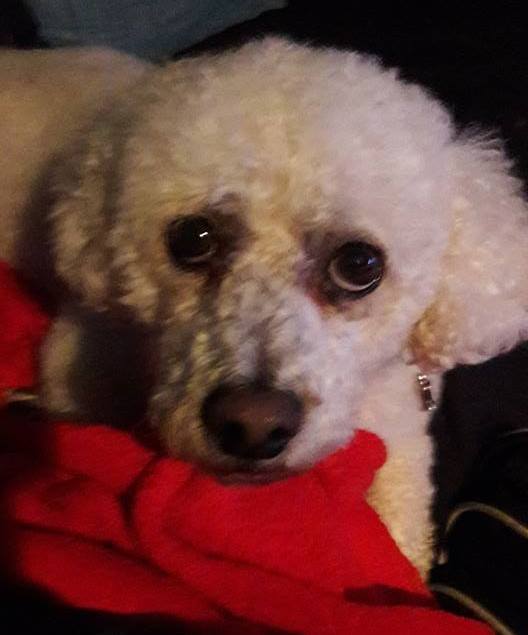 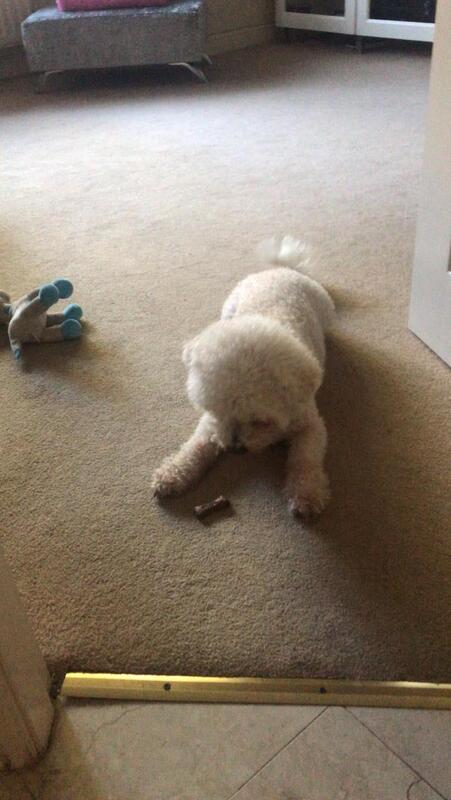 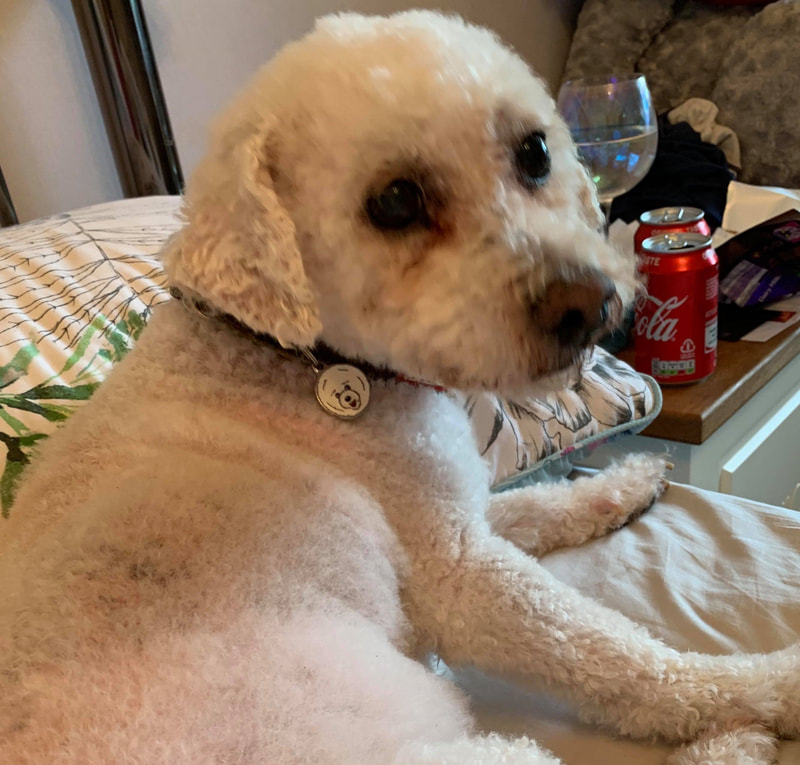